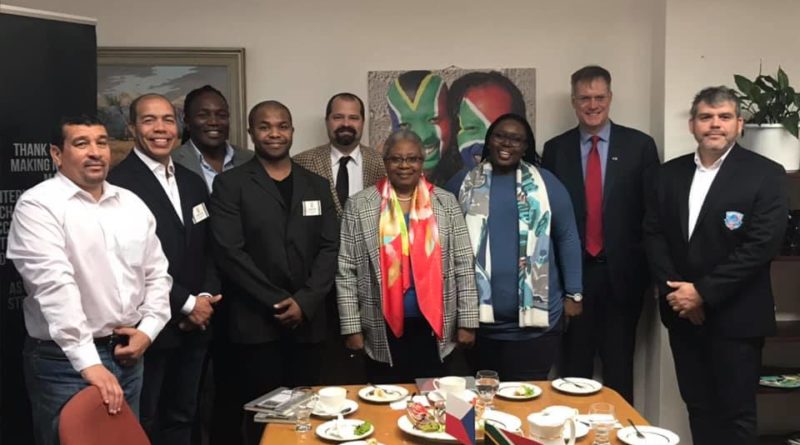 Meeting at the Embassy of South Africa in Prague

On Friday, 10th February 2020 a meeting with three prominent South African rugby coaches, their agent and representatives from the Czech Rugby Union at our Embassy.

Chaired by the Head of Mission Madam Mosholi, the purpose of the meeting was to welcome the coaches to the Czech Republic who visited the country in order to conduct several rugby training clinics with young Czech rugby players while also promoting the game in the country.

Mr. Ricardo Laubscher, Mr. Jonathan Mokuena and Mr. Ntando Manyosha visited the Mission after the Embassy reached out to the visitors who were in Prague to conduct a rugby clinic for Czech children between the ages of 10 and 18 years of age. Both Mr Laubscher and Mr Mokuena are former Springbok rugby players and now prominent coaches, the former being the assistant coach of the Springboks in the 2015 Rugby World Cup.

Mr Manyosha is the current head coach of the national team of Lithuania. They were accompanied by their agent, Mr Richard de Jager and Mr. Pavel Chaloupka of the Czech Rugby Union.